MONEY (or the lack thereof) 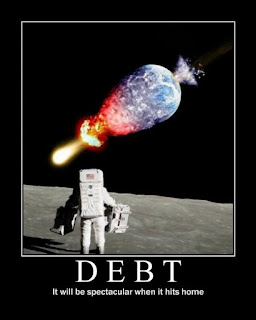 Within the U.S. there is a debt-free money already available that circumvents bank lending, it's called "legal tender".  Legal tender is not borrowed, loaned or spent into circulation.  The only way it gets into circulation is by your demonstrated productivity and by your demand for the medium.

Another interesting thing, neither the Fed or the banks possess the legal authority to create money, and they don't.  What they do create is asset-backed, debt-based private credit, which is not designated or acknowledged in law as being a money, or a currency, or a medium of exchange, with the only legal aspect associated with it, residing in the debts incurred with its use.

You see, ours is a Legal Tender Monetary System. This means that our money is not defined by Ludwig von Mises, John Maynard Keynes, Murray Rothbard, Milton Friedman, Joseph Salerno, Paul Krugman, Mike Maloney, Peter Schiff, Ron Paul or any other economist or talking head.  Nor is it defined by Austrian Economics, Keynesian Economics, Monetarist Economics, Capitalist Economics, Socialist Economics, the Federal Reserve, the U.S. Banking system, IAS-IFRS, US GAAP, conventional wisdoms, esoteric blather or what people may use.  It means our money is defined by law.  And nowhere in law does it designate or even acknowledge Fed and bank generated asset-backed, debt-based private credit as being a legal tender, or money, or currency, or a medium of exchange, it is 100% Bank Debt, even when it comes from the Fed.

People are confusing a means of payment, the transfer of a debt obligation (credit), for the medium of exchange, what is owed as payment (an asset).  By legal definition, United States coins and currency, including Federal reserve notes, are legal tender money, the medium of exchange (the asset) by law. Checks as well as debit cards, credit cards, money orders, etc., are a means of payment, referred to as a generally accepted (institutional) arrangement or method that facilitates the delivery of money from one to another. Payment has not been made unless or until actual money proper has changed hands. All credit is debt outstanding.

All you’re doing when you use a debit card (credit) to make a purchase is, transferring your obligation to pay the vendor, to the bank, payment has yet to be made. The bank deducts the amount from its debt to you, as represented by your account with them, and adds that amount to the debt it owes to the vendor, as represented by his account with the bank. There was no money or currency of any type, digital, electronic or otherwise, used or exchanged in that transaction, it's just the banks transferring their legal obligations to pay from one account to another.

The notion that we’re using ‘digital money’ or ‘digital currency’ or ‘digital dollars’ or 'credit dollars' or 'credit money' (terms made-up by ignorant people who believe in magic) as a medium of exchange is nothing more than a trick of the mind, a figment of our overactive imaginations, a deception, it’s how we rationalize the transaction, and it's how the banksters get away with stealing our labor and wealth.

When you write a check or use a debit card you are directing the bank to transfer a specified amount of 'money proper' to a designated recipient. Debiting your account signifies that the transfer of money has been made, and crediting the recipient's account signifies that the money has been received and is available for immediate withdrawal or for use in other bank administered transactions.

That the banks resort to debiting and crediting user accounts with the amounts without effecting the transfer of money as directed, is perpetrating a fraud upon the account holders. That the banks do not have the money and do not possess the means to get the money, and referring to that condition of insolvency as 'fractionally reserved banking', only compounds the fraud.

Regardless of anyone's acceptance of a bank crediting their account in the amount as payment, by law, claimed or not, money is still owed to the account holder by the bank.  Crediting a deposit account with the amount and payment are two separate events, especially so in a banking system that is chronically necessitous of the money it owes, in other words, institutionally bankrupt.

The only reason(s) their fraudulent system gives the appearance (perception) of working is the Fed ran interbank settlements system which allows the use of securities as a means to settle accounts between banks instead of the legal tender, which bolsters the perception that their debt-based system works. And I find it puzzling that people claim a credit to a deposit account is money/payment when the Fed ran interbank settlements system conclusively demonstrates that it is not.

Another reason is the fact that the USG does not tax or borrow in the designated legal tender, opting instead to accept the Fed's crediting of the government's accounts in the amounts. 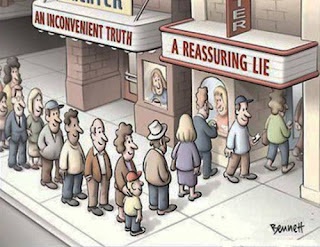 The Federal Reserve has to be one of the most talked about and least understood institutions on the face of the planet.  It's attributed with powers it does not possess and functions that it does not do, and the majority of the misunderstanding stems from the profound and systemic conflation of money, credit and asset values, which is exacerbated by an apparent systemic inability to discern the difference between theory and reality.

The "Money Multiplier" theory, is pure fiction.
The Bank of England Corrects a Widespread Myth

Does the Money Multiplier Exist?


“The role of reserves and money in macroeconomics has a long history.  Simple textbook treatments of the money multiplier give the quantity of bank reserves a causal role in determining the quantity of money and bank lending and thus the transmission mechanism of monetary policy.  This role results from the assumptions that reserve requirements generate a direct and tight linkage between money and reserves and that the central bank controls the money supply by adjusting the quantity of reserves through open market operations.  Using data from recent decades, we have demonstrated that this simple textbook link is implausible in the United States for a number of reasons.   First, when money is measured as M2, only a small portion of it is reservable and thus only a small portion is linked to the level of reserve balances the Fed provides through open market operations.  Second, except for a brief period in the early 1980s, the Fed has traditionally aimed to control the federal funds rate rather than the quantity of reserves.  Third, reserve balances are not identical to required reserves, and the federal funds rate is the interest rate in the market for all reserve balances, not just required reserves.  Reserve balances are supplied elastically at the target funds rate.  Finally, reservable liabilities fund only a small fraction of bank lending and the evidence suggests that they are not the marginal source data for the most liquid and well-capitalized banks.  Changes in reserves are unrelated to changes in lending, and open market operations do not have a direct impact on lending.  We conclude that the textbook treatment of money in the transmission mechanism can be rejected.  Specifically, our results indicate that bank loan supply does not respond to changes in monetary policy through a bank lending channel, no matter how we group the banks."

There is nothing in law that designates the 'private debt/credit' generated by banks as being a "money" so, when they use the term "money", think "debt/credit".
Banks do not loan money.
Money creation in the modern economy

Legal tender money (cash) is not borrowed or loaned into circulation.
Banks do not loan money.
How Currency Gets into Circulation

Seigniorage in the United States
How Much Does the U. S. Government Make from Money Production?
All profits obtained by the Fed's monetary activities and surrendered to the Treasury are counted as seigniorage interest payments on the notes issued (rent).  In other words, the Fed is paying the Treasury interest on the notes it puts into circulation, and that interest is all of the Fed's profits minus dividend payments and expenses.

Now, we can observe in the Treasury's Legal Tender Status, (a brief synopsis of the Federal Reserve Act) that the Fed must pay for the production of notes (FRNs), and they must post collateral of equal value to the notes it then issues into circulation.  (The Fed assets used as the collateral mentioned, have changed to Mortgage Backed Securities and Treasuries.  This collateral backs the issue of the notes to the Fed, regulating the Fed's access to the money. it does not back the notes in circulation.)   Also noteworthy is that member banks must buy the notes at face value from the Fed by drawing down their accounts with the Fed and that, Federal Reserve notes represent a first lien on all the assets of the Federal Reserve banks and on the collateral specifically held against them.

Taking that into consideration along with Congress's right to take possession of the notes and collateral upon the dissolution of the Fed, the seigniorage interest payments on the note issue made by the Fed to the Treasury and the fact that the U.S.G. can pay its debts with U.S. legal tender, we can infer that, the Fed does not own the legal tender Federal Reserve notes.  Combine that with the New York Fed's explanation of how FRNs get into circulation, we can also infer that FRNs are neither borrowed, loaned or spent into circulation.

From this, we can objectively conclude that Federal Reserve notes are a debt-free legal tender currency, issued into circulation through the Fed and the banking system, in compliance with their legal obligation to supply that money property, as represented by the credited deposit accounts, to the account holders upon their demand.

As I cannot prove a negative, the next three assertions require a little bit of effort, they require disproving.

1) There is no law anywhere that grants to the Federal Reserve or the banking system the authority to create money, and they don't.

2) There is no law anywhere that designates or acknowledges the debt based credit generated by the Fed or the banking system as being a legal tender, or money, or currency, or even a medium of exchange.

3) The only legal validity associated with the debt-based private credit, is held by the debts incurred with its use.

The takeaway from all of this should be the realization that, there are two Federal Reserve administered systems in operation and running concurrently within the U.S.:
1) The legal tender monetary system. - Implemented by U.S. Law.
2) The Fed and Banks' asset-backed, debt-based private credit system.. - Implemented by the FOMC as Fed "Monetary Policy" and Rote Hearsay.

And that, is the stark reality of the Fractionally Reserved Banking Fraud.


Please note, they're counting $11+Trillion in bank debt to deposit account holders as being the "money supply".

Note: The U.S.G. is under no legal obligation to make good on Fed and bankster generated debt-based private credit.  They proved that point in the 1930's and again in 2008, so the notion that the U.S.G. will simply print to cover, is erroneous. 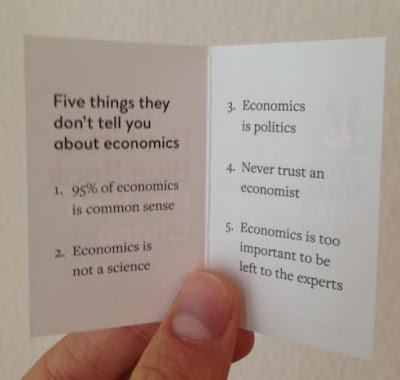 95% of Economics is pure Bullshit

Dispelling some of the myths and hysteria   In order to understand the Fed's $4.5-Trillion 'denominated in dollars' balanc...